As a parent of a younger FIRST® participant, you will have to register your child through the FIRST® Team Dashboard. You will receive an email from your team’s lead coach inviting your child to join, from there you can register them! The short registration process will need to be done every year your child is a part of a FIRST® team.

We want to make it as simple as possible to excite the students about their futures, so all you need to do is the simple registration! Parents are welcomed and encouraged to get more involved in their child’s team, but it is not required. If you would like to be involved, contact your child’s coach. 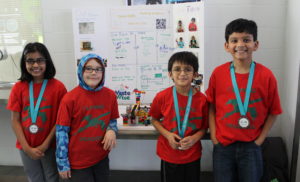